In order to guarantee a safe and secure pharmaceutical supply, we are further evolving logistics systems by working on thorough streamlining and traceability. 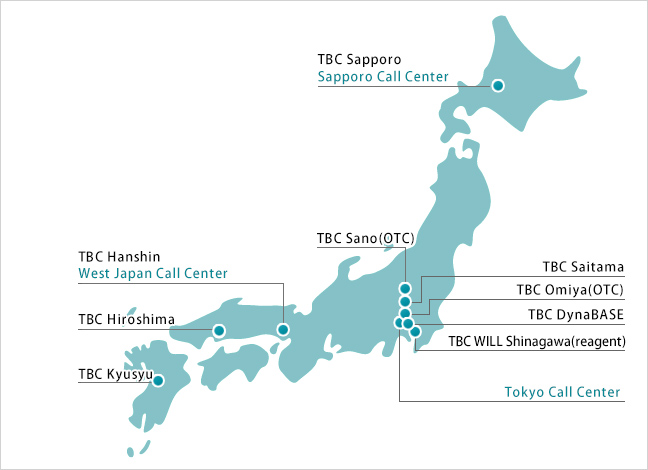 "TBC DynaBASE" is a logistics center with cutting-edge technologies for prescription pharmaceuticals built in the "Keihin Truck Terminal," an area designated by the Tokyo Metropolitan Government as a wide-area transportation base in the event of a disaster. Based on its highly-functional system, its location in the automated warehouse is completely controlled by computer. With these characteristics, TBC DynaBASE obtained approval from the Tokyo Metropolitan Government as Japan's first joint logistics and distribution center for pharmaceutical wholesalers to share a common pharmaceutical storage area, and we have started joint distribution. In addition, we will continue to take on the innovation challenges around pharmaceutical logistics, such as thorough automatization by proactively introducing state-of-the-art robots and dramatically improving efficient logistics.

Response to disasters in the Tokyo Metropolitan Area

Being located inside the Loop Road No. 7 and near "Ariake-no-Oka," the main wide-area disaster management base facility, it's capable of providing pharmaceuticals promptly and smoothly in the event of a disaster such as the Tokyo Inland Earthquake. A seismic isolation structure is used not only for the buildings but also for the adjacent rampway (slope passage). In addition, equipped with a large private power generator (5,000 kVA), it can run at full capacity for 72 hours during emergencies.

With the world's highest-level automation technologies, we aim to achieve a robot piece-picking rate of 95%. We also aim to attain more than seven-nines (99.99999%) shipping accuracy, which has been achieved by other logistics centers. Based on this high shipping accuracy, we will establish a delivery system based on a "No inspection system," which may contribute to improving the operational efficiency of our customers by omitting inspections at the time of delivery. 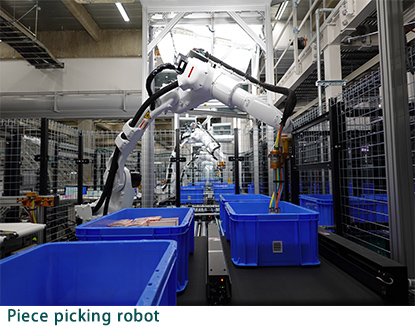 Fully equipped loading dock shelters reduce the influence of the outside air and prevent any foreign matter from getting inside. The temperature is constantly monitored by 62 temperature loggers installed in various places around the warehouse, and the temperature inside the large cooling unit (approximately 2,215 m2) is also monitored. A system of alarms has been introduced which will be activated any time a temperature deviation is detected. The quality environment is fully compliant with PIC/S GDP* and GDP guidelines, and has been established with thorough measures involving the installation of bird nets, insect traps, ultrasonic rat prevention equipment, rat traps, etc.

The use of automated picking by robots powered by night-time electricity contributes to energy saving. The vacuum part of the robots uses a power-saving system that stops the compressor when a certain degree of torque is generated. In addition, BEMS (Building Energy Management System) has been introduced to reduce energy consumption.

Pharmaceutical supply at the time of disaster

We cannot halt pharmaceutical supply even at the time of an unpredictable disaster. In anticipation of a disaster, we have established the structure for stable supply of pharmaceuticals in an emergency by redundant host computer and warehouse management system, coordination among call centers, installation of uninterruptible devices and periodic emergency drill.We are also operating a highly-functional, consolidated, large distribution center “TBC Dynabase” inside Keihin Truck Terminal, which is the wide-area transportation base designated by the Tokyo Metropolitan Government in an attempt to supply pharmaceuticals immediately and smoothly even in the event of a large-scale disaster. 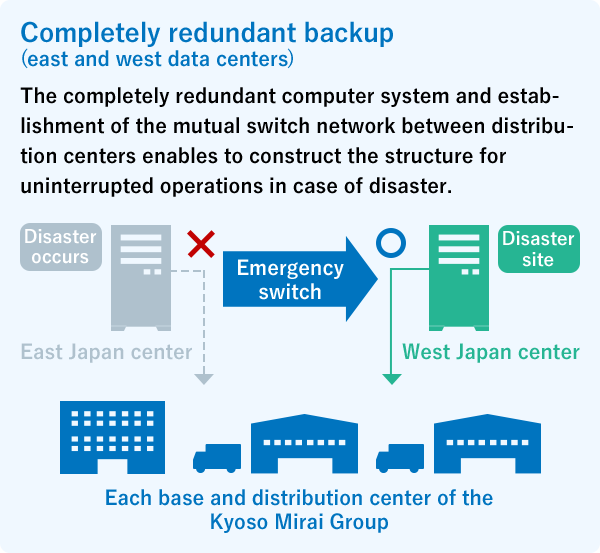 We have developed our original cooling box, starting from selecting materials. Vacuum insulating materials are used for this cooling box, resulting in the overwhelmingly higher cooling function than other products. It is also compatible with pharmaceuticals requiring strict temperature control. Through the unified management from shipping from distribution centers to delivering to clients via sales offices, we achieve traceability also in terms of temperature control.